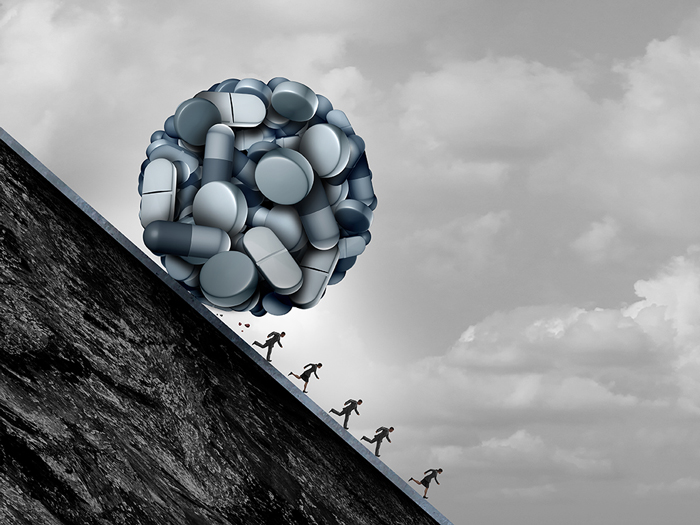 This is part one of a series on opioid addiction.

As science continues to expand, diseases are increasingly being cured by man-made medications that are a combination of natural and synthetic drugs.

For example, medical marijuana has been used to provide relief to those suffering from multiple sclerosis, nerve pain, and chemotherapy-induced nausea. While the side effects of medical marijuana are still debated, most people are aware of the highly addictive nature of opioid-based painkiller medications. In fact, some have called the opioid addiction crisis an epidemic. Is opioid addiction a foreshadowing of the epidemics of our future?

Opiates are the highly addictive drugs that are in many painkiller medications (NAABT). Some of the commonly known medicinal opioids are:

Like many epidemics, opioid addiction is hitting certain communities harder than others; Ohio, New York, Massachusetts, Tennessee and North Carolina had a statistically significant increase in death rates from opioid drug overdoses in 2014-2015 (CDCP). However, when placed in the context of our societal norms and expectations regarding the definition of epidemic, some would argue that opiate addiction, though a crisis, is not an epidemic.

Most epidemics have been diseases that were sparked in response to unknown bacteria, but opioid addiction is not in response to foreign germs. The Centers for Disease Control and Prevention state that “as many as 1 in 4 people who receive prescription opioids long term for noncancer pain in primary care settings struggles with addiction” (CDCP). Doctors and pharmacists have been known to cure and treat epidemics; however, with opioid addiction, cure and treatment are not so straightforward.

An NPR article, “Ohio Sues 5 Major Drug Companies for Fueling Opioid Epidemic,” reveals the most powerful difference between previous epidemics and opioid addiction. “The lawsuit, accuses the companies of engaging in a sustained marketing campaign to downplay the addiction risks of the prescription opioid drugs they sell and to exaggerate the benefits of their use for health problems such as chronic pain.” The pharmacists are the suppliers, and the doctors have created the demand. In this new era of epidemics, this is one of the first times that the medical professionals are the culprits and not the healers.

So, while opiate addiction is unlike past epidemics, it is also unlike the majority of drug and alcohol addictions. One of the biggest differences between most substance addictions and the opioid epidemic is that the opioids are coming from a socially accepted, legal source: pharmacies (except for one illegal opioid, heroin). Opioid addiction is even different from alcoholism, another legal drug, in that alcohol is something that people independently pursue, rather than being prescribed it by an authority figure. A final reason why it is different than other substances is that while not everyone is exposed to illegal drugs, susceptible to mental illness, or has a family history of addiction, everyone is susceptible to breaking a bone or needing surgery, treatments commonly followed by opioid pain medication.

The socially accepted nature of opioids is the most frightening aspect of the opioid epidemic. When doctors and pharmacists are endorsing opioid drugs, questioning the prescription might feel like biting the hand that feeds you. Another NPR article, “Poll: More People Are Taking Opioids Even As Their Concern Rises,” said that “despite the drug’s reputation for addiction, less than a third of people (29 percent) said they questioned or refused their doctor’s prescription for opioids.” If there is a warning of the medication’s tendency to cause addiction, it is given less heed than it should receive: If so many people are being prescribed opiate medication, how can it be as bad as the warning label might say?

One of the reasons that we hear fewer testimonies about opioids than we do about other substances or epidemics is that a large portion of opioid addicts are not the “type of people” who are typically labeled as “addicts;” many had no history of addiction until they were prescribed opiate painkillers for surgery or broken bones. This societal stigma against having an addiction can lead to a higher resistance to receiving help and warning others.

In conclusion, whether the opioid outbreak is labeled as an addiction or as an epidemic, it is different than most addictions and epidemics that our culture has typically seen. When NPR asked if the doctors are as much to blame as the pharmacists, they were told that “more fault rests with a culture created by these [pharmaceutical] companies.” While that might be an uncomfortable idea, ignoring the reality of the opioid epidemic will be more uncomfortable and dangerous. Opioid drugs are already in frequent circulation and use; it is too late to change that. And while it may be a slow process, it is never too late to change our culture’s perception of the drug.

One final reason why it is beneficial to call opioid addiction an epidemic is that it reinforces the fact that addiction is a biological disease rather than a “choice,” as some societal stigmas purport it to be. The word ‘epidemic’ carries gravity and calls attention, which is exactly what addictions should do. The best way to fight this epidemic is to approach it by acknowledging opioid medications’ highly addictive qualities and the vast percentages of people who have struggled with its addiction; then maybe opioids will lose some of their power. 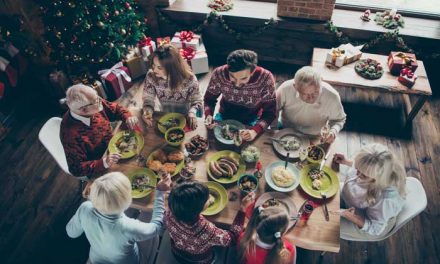 How to Talk About Your Recovery Journey: Handling Holiday Tension 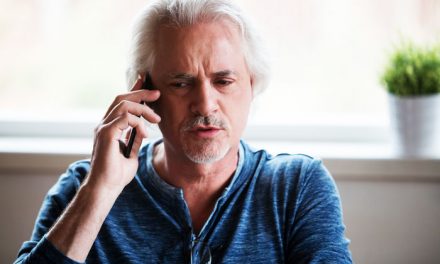 How to Choose a Recovery Center